European Union (EU) countries reached a political agreement in Brussels on Thursday on new sanctions against Russia for its invasion of Ukraine, the Czech Republic, which holds the rotating presidency of the Council of Europe, announced. The A new set of sanctions – the EU’s ninth against Russia– To be confirmed on Friday, the Czech office added on Twitter.

The agreement was sealed at a meeting of ambassadors on the sidelines of a summit of EU leaders in the Belgian capital. Based on this agreement, the package must be submitted to a written procedure, the Czech President noted. During the day, representatives of Poland and Lithuania blocked an agreement on these sanctions.

The European Commission, the EU’s executive arm, tabled a proposal for a new ban a week ago. Addition of approximately 200 Russian individuals and entities to the banned list.

The package initiated by the Commission includes Restrictions on “Russian propaganda” channelsand proposes a Blockade of investment in the Russian mining sector.

Similarly, it is proposed that Vol To block the supply of drones to Russia, Strengthen, both directly and through third countries such as Iran Restrictions on trade in goods for dual, civil and military use.

The EU has already adopted eight sanctions against Russian officials and companies since Russia’s offensive against Ukraine began in February.

All persons on the ban list will be present Access to European space is vetoed, and any assets they hold in the EU are frozen. 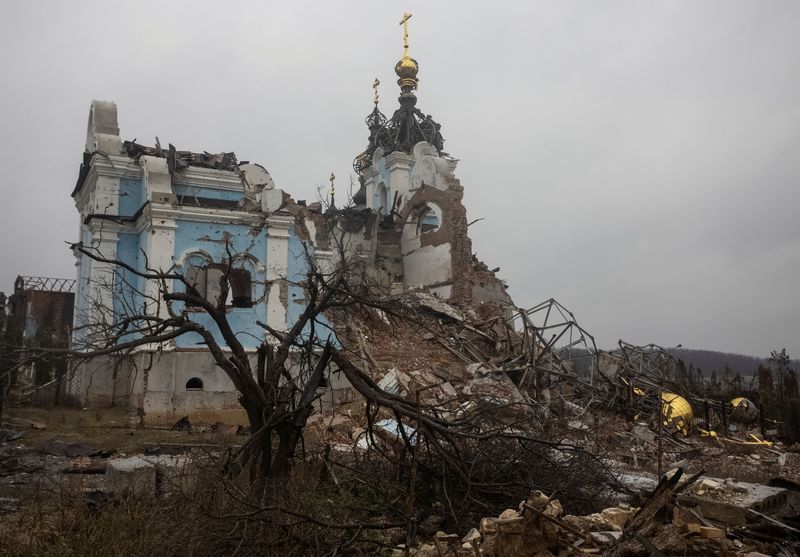 An Orthodox church destroyed amid Russia’s attack on Ukraine is seen in the village of Bohorodychn in the Donetsk region on December 8, 2022 (REUTERS/Yevhen Titov)

Additionally, as confirmed EFE Various diplomatic sources have the option of making payments to individuals or entities previously sanctioned in the new sanctions package Permission for transportation of wheat and fertilizers For third countries affected by the war’s impact on food shortages and rising food prices, they affirmed.

It was demanded by countries including Spain, France, Germany and Italy to mitigate the impact of sanctions on global food security, but was resisted by Poland and the Baltic states over the past week. . Today, in the last round of negotiations, only Warsaw and Vilnius have already opposed the easing of sanctions against Russia, but they have finally lifted their veto.

With information from AFP and EFE

Ukraine has condemned Vladimir Putin’s troops for using cells to detain and abuse children in Kherson.
Killings for Pleasure, Rape and Looting: A Russian Deserter’s Accounts of War Crimes in Bucha
Ukraine announced a prisoner swap with Russia, including 64 of its own soldiers and a US citizen.