Benjamin Netanyahu was sworn in for the sixth term as Prime Minister of Israel today And partnering with far-right organizations for the first time, forming the most right-wing government since the country’s founding in 1948, albeit repeatedly with ultra-conservative parties.

The Knesset won 63 favorable votes, out of a total of 120 votes, to form Israel’s 37th executive body, led by right-wing leader Netanyahu. LikudOf the thirty ministers who made up his cabinet, only five were women.

Israel’s longest-serving prime minister (1996-99, 2009-21) was addressing criticism in recent weeks about the government’s agenda and the intentions of its new partners in power.

Lawyers, judges, diplomats, retired diplomats and even representatives of the lucrative industry of “start-ups” have sent open letters in recent days warning of the damage this government’s policies could do to the country’s democratic health. The Image Abroad and Its Relationship to the Jewish Diaspora.

truly, Hundreds of Israelis protested outside the Knesset today Against this executive they see as a threat to democracy and minority rights; Netanyahu took office in a session where he presented his new cabinet, outlining his policies. 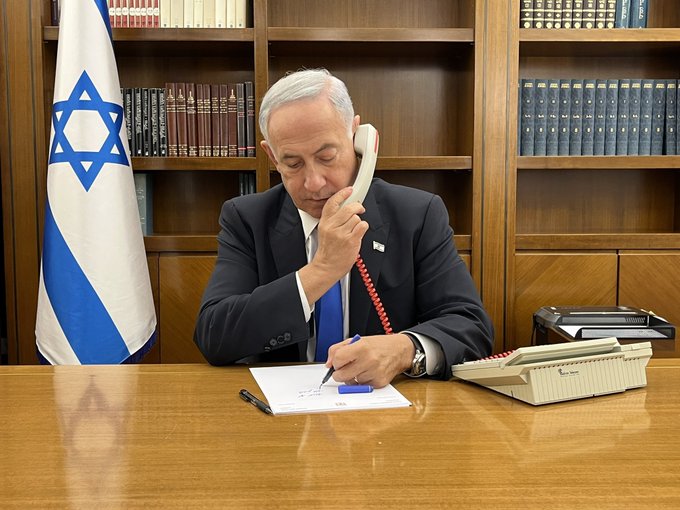 “We handed over a state in the best condition (…) try to destroy it and we will be back soon,” said Yair Lapid, the outgoing prime minister and today’s opposition leader.

See also  Sister Andre, believed to be the world's oldest person, has died at the age of 118

Netanyahu calmed things down by vowing to rule for the full diversity of Israeli society — “Jews, Arabs, religious and secular.”— and highlighted two foreign policy issues as his government’s priorities: the Iranian nuclear threat “to make sure they don’t destroy us with their nuclear weapon”; And to “finally end the Arab-Israeli conflict” by signing more peace agreements with Arab countries.

In his last term, Israel signed the Abraham Accords with the United Arab Emirates, Bahrain and Morocco in 2020 – the deal with Sudan is still pending – and Netanyahu has already expressed his desire to expand them to more countries with Saudi Arabia. main target.

The new head of government also highlighted his intention to promote the economic development of the country’s peripheral regions, with special emphasis on infrastructure; End the relentless rise in the cost of living -Israel is the seventh most expensive country in the world-; and solve the housing crisis.

After a tense six-hour parliamentary session, Netanyahu called all of his ministers to his first cabinet meeting this afternoon; After taking family photo, all the ministers with the President Isaac HerzogThe formal ceremony is scheduled for 6:30 pm local time (4:30 pm GMT).

Earlier, Netanyahu held a brief meeting with Lapid in his office in the Knesset, after refusing to celebrate the traditional ceremony of the transition of power, which he has been reluctant to participate in for a year and a half. Earlier he was ousted by the opposition by the transitional government.

Tensions between the two politicians were palpable throughout the parliamentary session when Lapid abruptly left Netanyahu after his inauguration, without congratulating him or shaking hands for forming a government with a comfortable majority that would lift Israel from political instability. From 2019 onwards.

The parties that make it up are Netanyahu’s Likud, The ultraorthodox Shas Y Judaism is united by the TorahAnd far-right religious Zionism, Jewish Power, and Noam, who cooperated together in the elections, consolidated themselves as the third-highest-voting force, despite their racist and homophobic rhetoric.

Israel foiled the terrorists who were planning the bomb attack
Rabbi Haim Druckman, the spiritual leader of Religious Zionism in Israel, has died